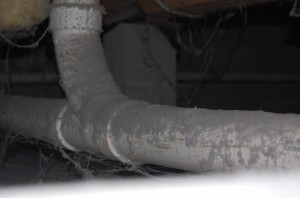 If you are like most people, you have never been in your crawl space.  I must admit it is not the most welcoming of environments.  Who wants to scoot through a tiny space that is full of creepy crawly things, is damp, dark and uncomfortable at best?  Regardless of how unpleasant it is, you need to do it, at least once a year.  Why, you ask?  After all, unless I have a truly impelling reason, you are just going to write me off and push your crawl space out of your mind again, right?

There is a lot of stuff in your crawl space, other than creepy crawlies that needs your attention once in awhile.  Outside of purchasing a car, your home is your largest investment.  You wouldn’t think of missing the maintenance appointment for your new car or cease having the oil changed yet homeowners routinely purchase a home and then never open the crawl space door again.  I have been in two recently with some hazardous conditions that would have turned into a costly problem if we hadn’t happened to be doing and Energy Audit and been crawling around under their house.  A little inspection once in a while could save you a bundle down the road.

The first house I was under immediately registered an extremely high relative humidity level on my hygrometer.  Further inspection showed that there was no water coming into the foundation anywhere, no pipes were leaking, so exactly where was the moisture coming from?  This particular house had an April Aire humidifier attachedto the duct work in the crawl area which humidified the air during the winter months.  Well, it’s winter, and since their duct system leaked so much, all that expensive heated and humidified air was escaping into the crawl space instead of being delivered to the living spaces like it was supposed to do.  So much humidity that problems were beginning to arise under the house.

When I entered the second houses crawl space, I was immediately greeted by a large amount of spider webs.  Spider webs are the sign that air is moving since spiders only build their webs where there is air movement so that the air currents will blow their next meal to them.  A little bit further into the crawl space I began to notice that the spider webs were covered with some sort of fluffy material.  A little further, I ran into pipe work absolutely covered with the fluffy stuff.  Then it hit me, this is dryer lint!  As I crawled around the corner, there it was, a vast fuzzy fluffy sea of dryer lint about 2 ½ inches thick, everywhere.  And right in the middle, what should I find, but the disconnected dryer vent pumping dryer lint, and moisture I might add, under the house.  Under your house is the last place you want moisture.  Crawl spaces and excess moisture are a recipe for disaster.

If you haven’t ventured under your house lately, make a date, stick with it and inspect your crawl space.  Commit to spending at least 30 minutes crawling from one side to the other to see what is amiss under there.  See something that looks like a problem?  Call for some help and get the problem addressed as soon as possible.  And then put it on your calendar and make it an annual event.  It might save you a bunch in the future.  And after doing it a couple of times, you won’t even be afraid of those creepy crawlie things anymore, trust me.