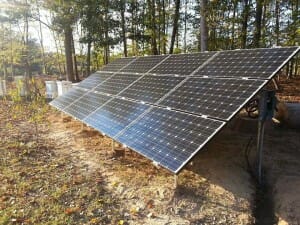 I am teaching my 15 year old to drive.  This is not a complaint about the harrowing experiences of teaching her to drive, she is actually quite good at it.  She is kid number three so this is not my first time around the block, literally.

We like to start our kids on manual transmission vehicles.  On the next car they get, they can choose whatever they can afford, but on the first one, Daddy chooses one with a stick shift.  I figure if they can drive a stick then they can drive anything and they will never get into an emergency situation where the only vehicle available is a stick and they are in a pickle because they can’t figure out how to work a clutch.

Things are going great.  I took her to the gas station last night to let her fill up and she was adamant about calculating her MPG before proceeding.  I did the math and told her she was getting 33.5 mpg and that was just not good enough.  Kid number two got 37 mpg this week and some weeks he can reach 40!  They are locked into a competition to see who can drive in a fashion that gets them the highest mpg for the week.  Since I am paying for the gas, I am not complaining.

Getting something cheaper or free can become an addiction.  Just like my kids, looking for ways to save money takes on a whole new meaning when you have someone to compare results with.  I do a lot of Home Energy Audits and I see a lot of peoples energy bills so I can tell you that my house performs extremely well.  All the work we have put into has paid off in huge savings on my monthly bills.  As well as my house does, Loree Powell of The Nurtury in Gloucester Courthouse certainly has me beat.  In just the last couple of weeks her meter has started running backwards!

Loree called us and said she was ready to make the plunge into solar power generation.  We worked with Shockoe Solar out of Ashburn and Loree is now the proud owner of a beautiful 3KW solar system.  She also decided to purchase the latest in solar power inverters which allows her to be tied to the grid while the grid is functioning while at the same time keeping a bank of batteries charged and ready to go when the grid goes down, the best of both worlds.  I spoke with her this week and she said they were all outside watching the meter run backwards, quite a satisfying feeling.  At night she draws back from the power grid what she put up onto it during the day.

She hasn’t had her system long enough to get an electric bill yet, but I imagine it will be close to 0 on power generation charges.  It will take Loree a few years to pay off the system with savings, but that day will come sooner than you think as the price of solar keeps coming down.  But paying off the system was never part of Loree’s reasoning for purchasing a system in the first place.  Loree wanted the peace of mind of knowing that when the power goes down, she is completely functional.

So Loree has really got me thinking.  I’m sure she will show me her next Dominion bill and I’m sure she will have me beat, for now at least.  I can’t have Loree’s house mpg lower than mine, especially since she lives so darn close

If you are interested in a system for yourself, check out Shockoe Solar at www.shockoesolar.com and make sure you tell them Elizabeth sent you.